Today, we take our ability to mitigate pregnancies through contraception as a given. A visit to the clinic can offer us pills, patches, IUDs, condoms in every imaginable shape, color and flavor. I was a child of the 80s and carry a distinct memory of going to a health clinic with my mum and brother for something commonplace like a cold or flu. In the waiting room there was a big bowl of condoms, which my brother and I secretly filled our pockets with. Afterwards, as we frolicked in a park in the sunshine we blew them up like big balloons and fell into fits of giggles as we bopped them in the air, making up games that required us to keep them afloat. My mum may have been mortified, but I doubt it. She was a pretty free spirit, and we really didn’t have a clear idea what they were for other than something adults did. By 6th grade I clearly understood their purpose, especially in science class as our teacher led us through the process of pinching the tips as we slowly unrolled them over bananas. Yes, I’m the generation that blushed as we unrolled condoms over bananas in science class as if it was a totally normal thing to do.

My, how things have changed! Birth control has actually existed for quite some time, but the accessibility to it is what is so new. Condoms have been around for ages, becoming prevalent in the 16th century in response to syphilis. Originally fashioned from sheep gut, fish bladder or linen they were used with ointments and medicinal solutions. It was the change in rubber processing in the mid-nineteenth century which revolutionized condoms into slowly evolving to those we know today.

Aside from condoms, there grew a wide variety of contraceptive options available with mixed reliability including douches, spermicides, cervical caps, diaphragms and sponges.  Most of these were acquired through a visit to your local doctor. Thus lies the challenge to many sexually active men and women, the requirement of talking about this very private activity with an outsider. Women remarked that “It took a lot of courage to even ask the doctor how to limit births. And the doctor was as embarrassed as I was. So I wasn’t satisfied with what he told me, but I didn’t have the nerve to go to another doctor.” (Fisher, p.45) Not only was this a difficult topic for women to have with their doctor, this interchange was restricted to married women. Birth control, or colloquially ‘preventative checks’, ‘artificial checks’ or ‘Malthusianisms’ were widely understood as something relegated to the married, as the unmarried were presumably not sexually active. (Fisher, p. 49) In the early 20th century it was commonplace that men were responsible for managing the family’s reproduction, as the topic was considered something within the masculine sphere and not quite appropriate for women to discuss.

Revolutionaries such as Margaret Sanger (American birth control advocate, 1879-1966) and Marie Stopes (author, Married Love, 1918) certainly made enormous strides in reproductive history, but as they were entering the scene in the early 20th century they didn’t have an immediate impact on everyday sexual practices between couples. Particularly as the majority of married couples seemed to rely on withdrawal or the rhythm method once it was understood in the 1930s to control the number of pregnancies they had.

The contraceptive pill did not arrive in England until the 1960s and wasn’t available to unmarried women until  1968, its impact evident in the decreased numbers of illegitimate births and adoptions following that year. (Clark, p.56) 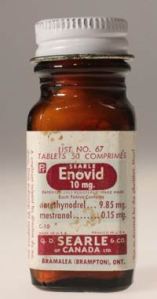 However, even if young men could acquire condoms through local chemists, the majority of women participating in my study remarked that there “wasn’t really birth control in those days.”  They knew of ‘johnnies’  or ‘French Letters,’ euphemisms for condoms, but for the most part had never seen one. The majority relied on their beau’s knowledge of the withdrawal method. Their parents did not discuss sex with them, there was no sex education in the schools, and contraception wasn’t even included in midwifery texts until the 1960s. Their parents were equipped with antiquated terms such as “taking the kettle off before it boils” (withdrawal) or “driving a car without petrol” (non-coital forms of lovemaking). While the sexual revolution may have been drawing young men and women closer before marriage, it was failing to provide them with much more information than the generations before.  Girls ignorance around sex implied “moral purity, innocence and respectability” but did little to protect them from the very real dangers of unprotected sex.

Further reading for the curious:

Clark, Gillian. 2008 “The Role of Mother and Baby Homes in the Adoption of Children Born Outside Marriage in Twentiety-Century England and Wales.” Family & Community History, Vol. II/I,Mmay 2008.

What I’m Talking About