Our parent’s acceptance, love and pride are some of the most basic things we strive for in life. Some do so with intention, while others navigate these needs subconsciously. There is an understanding that these people have created us, cared for us, and provided for us, which makes us responsible to be the best reflection of them as we can. Even if the realities of how we were cared for deviate substantially from expectations, the cultural standards of familyhood continues to indebt children to the honor of their parent’s gift of life. This desire to make our parents proud, to love and accept us, therefore makes admitting such a failure to do so incredibly painful. 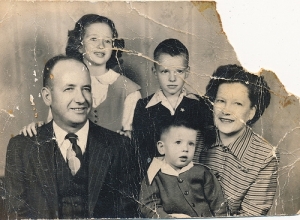 For young women who found themselves unmarried and pregnant, the meaning of her experience from the moment she discovered her pregnancy, was forged in the relationships with those around her and the ways in which they reacted to what was happening. Their reactions provoked feelings of stress, guilt, trauma and shame in the expectant mother and left her feeling increasingly trapped by a difficult situation. Wishing only to make her parents proud, desiring to escape her humiliation, the young women were nevertheless forced to confront her parents and reveal her transgression. This moment was often one of the most difficult and painful of these women’s pregnancy, and would forever shift their relationship with their parents.

Some studies have suggested that guilt was greatest in those women who came from homes in which there was a strong sense of the family’s social standing, however this didn’t necessarily correlate with the family’s actual economic or social class. Indeed, families from a broad spectrum of backgrounds perceived themselves to exist within the social strata in such a way that a pregnancy out of wedlock would taint their standing by the scandal of their daughters’ pregnancy. It was in this atmosphere where pregnancy equaled immorality, irrespective of social ranking, in which the women turned to their parents. 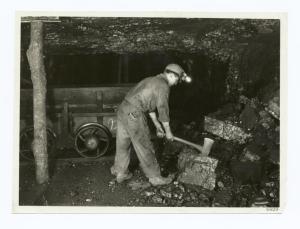 Some who were away from home wrote letters or phoned, others sat down with one or both of their parents to explain their situation. The parents’ reactions were shocked, hurt, angered, disappointed and sometimes abusive. A few accused their daughter of being a slut or whore, slapped her, said they always knew she would disappoint them. Others addressed the situation in an efficient and detached manner, saying little but expressing the hurt in the ways they turned away or withdrew their affections. Many were told they would have to go away from the family home and community when they began to show, banished for their detectable transgressions. For those that remained until the time of their confinement in a mother and baby home, they were frequently made to stay indoors, hide in their bedrooms if guests came to call, to wear voluminous woolen ‘Duffle’ coats and Woolworths wedding rings if they left the house. Their mistake was made clear and the shame they brought upon their parents explicit. 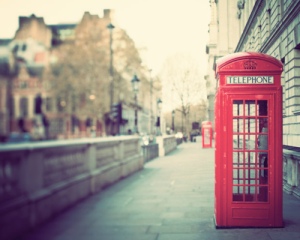 One young woman terrified of telling her parents attempted to overdose on Quinine, instead becoming violently ill, and in the end having to confess her true condition when her mother threatened to call the doctor. Another stood face to face with her mother in the doctor’s office as her condition was revealed, her mother’s face crumbling into shock and sadness. Some parents asked whether the girl could marry the father in question, but for a variety of reasons such marriages weren’t possible either by choice or circumstances. A particular young lady pregnant by her school boyfriend, wanted to run away to Scotland to marry him as it was otherwise forbidden in England to marry without parental consent if you were under 21. Yet, her parents put an end to this and instead arranged for her to enter a mother and baby home. In all cases my participants told their mothers, some of their fathers were told at the same time or at a later date, while exceptionally some fathers were never told at all. One lovely man wrote back to his daughter and said, “Welcome home” though it was understood she was not going to be keeping the baby. Responses were consistently shrouded in shame and secrecy, the need to hide the pregnancy and birth was made explicit, and arrangements were made for the young women to go away and only return after the birth. Never to speak of the ‘incident’ again, either in the immediate or in the distant future. Some were told that no man would want to marry them now, thus cinching their new status as stigmatized and no longer qualified for full social acceptance.

Telling their parents was one hurdle the women shared in going through their pregnancies, the next was their banishment to Mother and Baby Homes throughout the country so as to hide their ‘shame’ and give up their children for adoption, before she could return to take up her place in the home once more.

Standing on the doorstep of another home I’ve never before seen, meeting another woman I’ve never before met, I wait with anticipation for the stories to come. More than stories, HIStories, HERstories…the recounting of past loves, passions, sorrows, of a different era and a different way of communicating with our parents, our lovers, our friends. This gathering of stories is more than sheer curiosity, this is research for my MA Public History dissertation which explores the Mother and Baby Homes of 20th Century England and the women who spent time in them.

Mother and Baby Homes existed in England, Ireland, Australia, Canada, America…these residences for unmarried mothers were humanitarian, but experienced by the women in the homes as many different things. For some it was refuge, others imprisonment, an only hope or a last resort. They are remembered with fondness, with horror, with pain, with distance. They were run by voluntary organizations, local authorities, and a range of religious groups including  the Salvation Army, the Church of England, the Catholic Church, and more. Most were large converted estates, some purpose built. They peaked in 1966 with 172 known homes sprinkled throughout England, and were said to serve between 11,000-12,000 of the nations 70,000 unmarried mothers each year. Most frequently the women who resided in these homes arrived around six-weeks before their due date and remained about six-weeks after. Leaving after their babies had been adopted, whether or not they personally desired such a permanent separation.

I am drawn by these stories for the raw emotion, the sense of another time, the choices offered or made during a difficult time. In my own family I’ve had siblings lost, both through adoption and divorce, which I sought out many years later to reunite with our tribe. I am the child of a single mother, and watched earnestly as she struggled to provide for myself and my siblings. I have friends who have spent time in a home for unwed mothers, giving up their children for adoption and being reunited decades letter. I am passionate about exploring the experiences of women faced with these difficult decisions, and curious about the institutions that sought to help in a way they believed to be appropriate given the social restrictions of the day. I am endlessly honored to bear witness to these very personal histories and am eternally grateful to the women willing to share their pasts with me.

Join me as I journey through these histories, and follow this blog to stay tuned as I prepare a website unveiling the fruits of my academic labours. Let me know your thoughts in the comments below, and please, share this blog with others you may know that have lost a child to adoption, are searching for or have been reunited with their birth family, have spent time in a mother and baby home, or are interested in the stories of these homes, the women and children who were in them.

What I’m Talking About